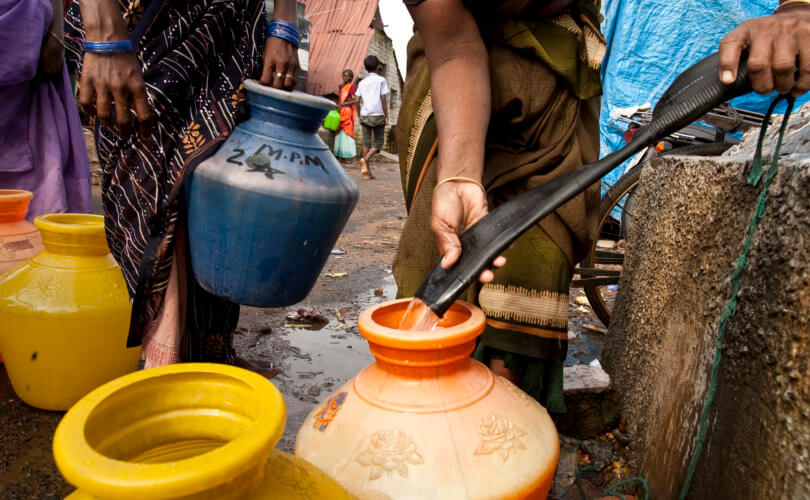 An estimated 2.5 billion people lack access to improved sanitation facilities that hygienically separate human excreta from human contact. Rotarian Alfredo Pérez knows the schools in Guatemala and neighboring countries can use all the help available in this area.

So, when Carlos Flores, then governor of District 4250 (Belize, Guatemala, and Honduras), asked Pérez in 2016 to get involved with the Water, Sanitation, and Hygiene (WASH) in Schools Target Challenge, he quickly accepted. As the name suggests, the pilot program focuses on providing clean water and sanitation systems, and equipping teachers to educate students on better hygiene practices.

Indeed, more than a year after the effort began, the Rotary Club of Valle de Guatemala, where Pérez is a member, has improved conditions for as many as 1,793 children from 10 schools in the town of Escuintla, about 40 miles south of Guatemala City, the capital.

Corporación Energías de Guatemala, an energy company, backed the project with a $62,000 grant. Pérez’s club and the Rotary Club of Escuintla worked with local public health officials and urban and rural planners. The project provided toilets, washing stations, and water tanks, and also supported training for teachers so that the facilities would be put to good use.

This year, members of Pérez’s club have a budget of $30,000 for work at five more schools.

Pérez is giving talks around his country in hopes of recruiting more clubs to take up the challenge in their communities, and he’s seeking international partners to help expand the program.